My Original Setup: A Brief History of My First Year of Growing

A few years later, in August 2016, I began my adventures with cultivating carnivorous plants. During a visit to Peter D'Amato's awesome carnivorous plant nursery, California Carnivores, I made my first purchase of four plants - Drosera capensis, Nepenthes "Gentle", Utricularia livida, and Pingicula agnata x (moranesis x ehlersiae). Once I got the plants home, I set up a terrarium. 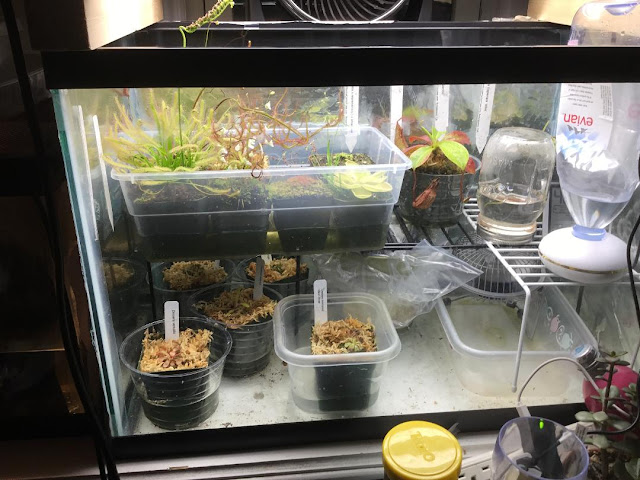 Eventually, I also added a shoe rack and an aquarium LED light to accommodate a second tier of plants (However, I later realized my plants did not receive enough light from the LED source). 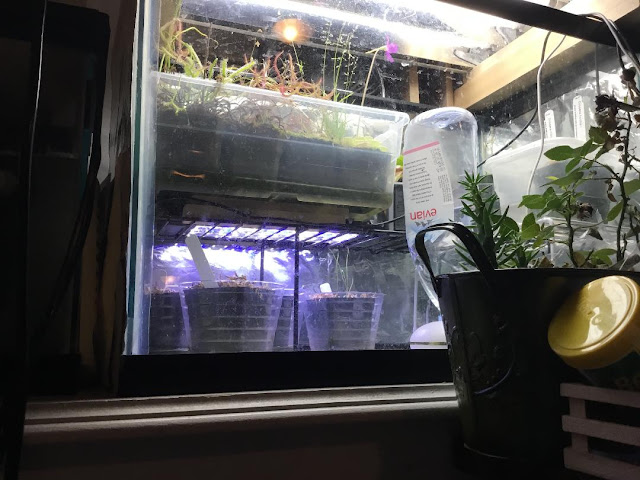 Overall, this setup worked pretty well. The T5-HO plant light kept even the most finicky of my plants - my Drosera Spiralis- happy . The Zero Water filter also worked well and is much cheaper than a Reverse Osmosis Filter. The frozen water bottles were also able to keep my nepenthes and drosera spiralis sufficient cool at night.

If you are considering growing carnivorous plants, I'd definitely recommend giving them a try! They are definitely easier and cheaper to maintain compared to fish. I had a 55 gallon aquarium at one point, and for me growing these plants took up much less time compared to keeping up an aquarium. Propagation of most carnivorous plants is super easy and rewarding as well. 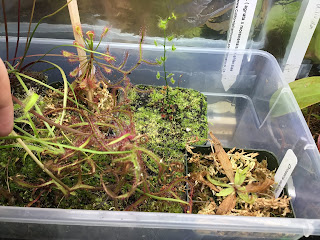 Drosera madagascariensis is a wonderful sundew from South Africa that's surprisingly easily to grow. I find it a little harder to propagate compared to Drosera capensis, Drosera spatulata, Drosera scorpiodes, and other pygmy sundews, but it's still very easy to propagate. My original Drosera madagascariensis (just to the left of Drosera Hookeri). This is a photo before I propagated. As with other South African sundews, it needs bright light. It also isn't too fussy about temperature - 70's are best, but I think that 60's, as well as occasional periods in the 80's and 50's should also work. Water also should not be too much of an issue, as long as the water line is between 1/2 and 2 inches tall. Frequent feedings really help to speed up its growth. Unfortunately, I wasn't great a documenting the propagation of my Drosera madagascariensis. This is a photo of my propagation pot after the plants had grown up. I cut off all of the stems, divided t 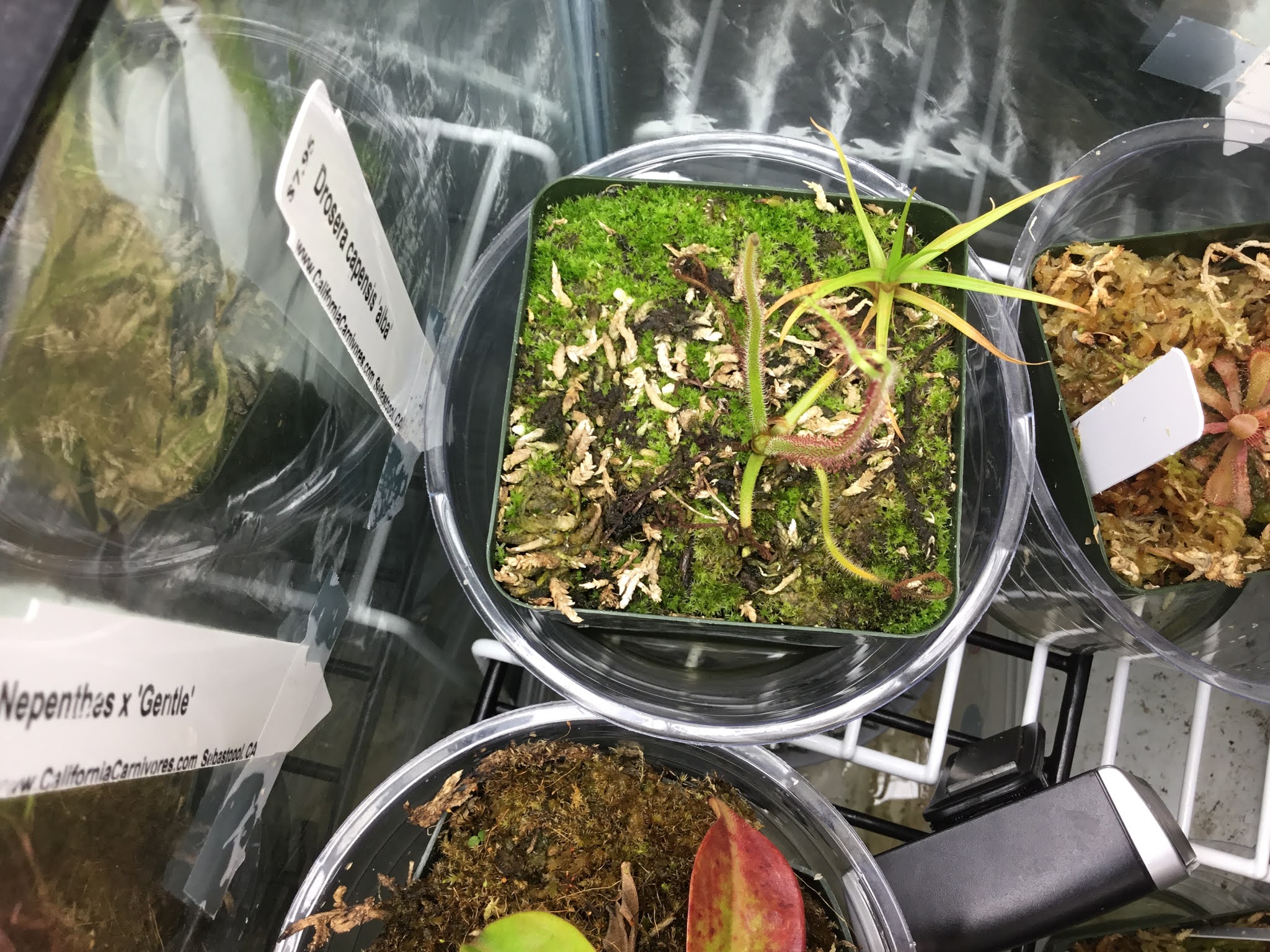 Drosera spiralis is a wonderful South American sundew. I initially obtained the plant 3 years ago from California Carnivores. Initially, I wasn't sure whether it was going to be a picky plant. Fortunately for me, it's been very resilient. For me, the most important factor is bright light. It has been growing under T5-HO grow lights. Occasionally, I soak freeze-dried bloodworms in water and apply a few of them to the sundews' leaves. Because it's a South American sundew, Coll night temperatures are very important. I used to be very dilligent about putting frozen water bottles in my terrarium, but recently I've been putting it off but it still seems to be doing okay. Media/Soil: I haven't repotted Drosera spiralis yet, but long fibered sphagnum is probably the best choice. Lighting: As with other South American Sundews, it needs very bright light. I use T5-HO grow lights. Water: As usual, use water with a t.d.s. reading of < 50. I personally use zero